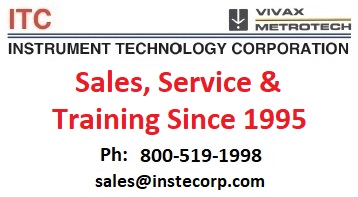 REPAIR FORM  GET A FREE QUOTE

The RV-PRO 360 is the first product developed by RinnoVision to significantly reduce the number of manipulations performed by technicians/analysts during manhole inspections.

*Click on the link below to view more information.

If you have any questions, feel free to contact Instrument Technology Corporation at 800-519-1998. For your convenience, you can request a quote from this site.